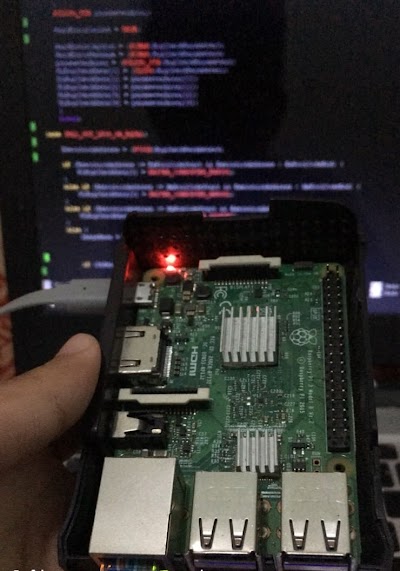 Bayu_Ajie Visit profile knowledge is free you can learn anything 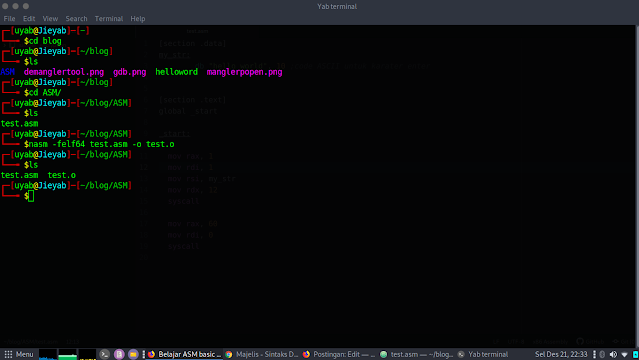 Hello, welcome back with me Bayu Aji. This time I will apply asm or assembly tutorials, okok I will tell a story for a while. ASM in my opinion is difficult because this is a low level language language low level language, yep this language is like a machine is very difficult to be categorized as rich in your heart ea.. Ea.. ea hahaha joke. Okok seriously a little, well before entering into the material I will give a warning about ASM, anything? Cekidot

2. Assembly language is not portable This language depends on the CPU and x86 architecture and the arm has different architectures (different ASMs).

3. Assembly language takes a lot of time Because when we create software with this language we initiate the cpu directly and this is difficult.

How can anyone use this language? It's complicated, but is there still someone wearing it? Why? Okok see again, there are several functions and benefits of Assembly language including

2. Gain in-depth knowledge of computer architecture When we explore the ASM language, we will understand how the hardware, working memory, branch work and others.

# How to use Assembly language

Software required among others 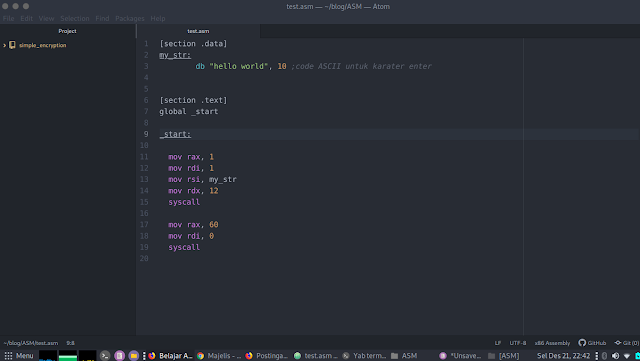 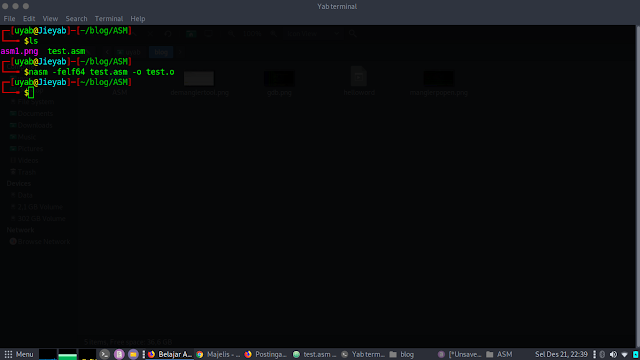 test.o is a relocatable file we need a link to build to be excutable 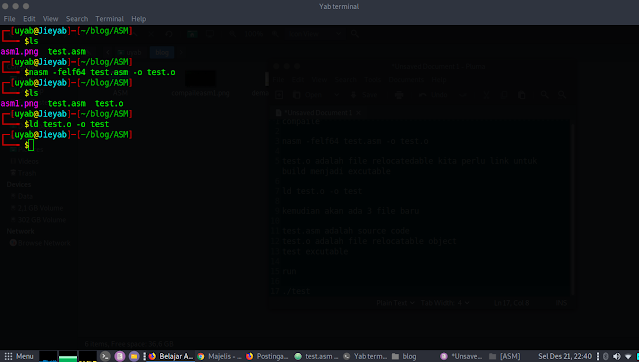 Then there will be 3 new files. 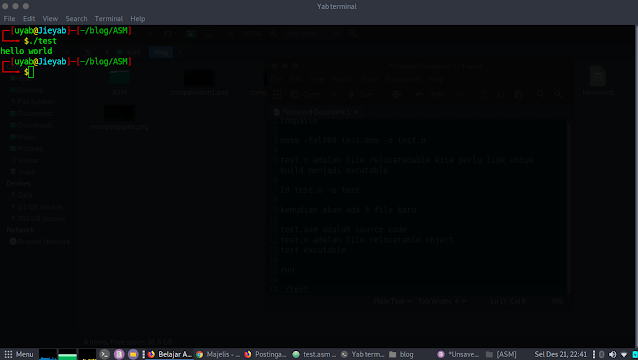 rax is a register used as a syscall number. Example 1. 1 is a syscall write or write

rdx is the length of the buffer There are three variables, and they have example arguments.

argument 1 fd, this is the first argument fd is (descriptor file)

argument 2 buf, this is the second argument

argument 3 count, this is the argument to three counts is the number or length of buffer written in fd

so when in ASM from the example above is

syscall is the kernel space that we run from that function and the return is ssize_t. "S" in front indicates that there is a possibility that the return value is negative.

ERRORS
EAGAIN The file descriptor fd refers to a file other than a socket and has been marked  nonblocking  (O_NONBLOCK),  and  the
write would block.  See open(2) for further details on the O_NONBLOCK flag.

EAGAIN or EWOULDBLOCK
The  file  descriptor  fd refers to a socket and has been marked nonblocking (O_NONBLOCK), and the write would block.
POSIX.1-2001 allows either error to be returned for this case, and does not require these constants to have the  same
value, so a portable application should check for both possibilities.

EBADF  fd is not a valid file descriptor or is not open for writing.

EDESTADDRREQ
fd refers to a datagram socket for which a peer address has not been set using connect(2).

EDQUOT The user's quota of disk blocks on the filesystem containing the file referred to by fd has been exhausted.

EFAULT buf is outside your accessible address space.

EFBIG  An  attempt  was made to write a file that exceeds the implementation-defined maximum file size or the process's file
size limit, or to write at a position past the maximum allowed offset.

EINTR  The call was interrupted by a signal before any data was written; see signal(7).

EINVAL fd is attached to an object which is unsuitable for writing; or the file was opened with the O_DIRECT flag,  and  ei‐
ther the address specified in buf, the value specified in count, or the file offset is not suitably aligned.

EIO    A low-level I/O error occurred while modifying the inode.  This error may relate to the write-back of data written by
an earlier write(), which may have been issued to a different file descriptor on the same file.   Since  Linux  4.13,
errors  from  write-back  come with a promise that they may be reported by subsequent.  write() requests, and will be
reported by a subsequent fsync(2) (whether or not they were also reported by write()).  An alternate cause of EIO  on
networked filesystems is when an advisory lock had been taken out on the file descriptor and this lock has been lost.
See the Lost locks section of fcntl(2) for further details.

ENOSPC The device containing the file referred to by fd has no room for the data.

EPERM  The operation was prevented by a file seal; see fcntl(2).

EPIPE  fd is connected to a pipe or socket whose reading end is closed.  When this happens the writing process will also re‐
ceive  a  SIGPIPE  signal.  (Thus, the write return value is seen only if the program catches, blocks or ignores this
signal.)

Other errors may occur, depending on the object connected to fd.

The number 60 is the exit or sys_exit

We can see the user manual again with the command 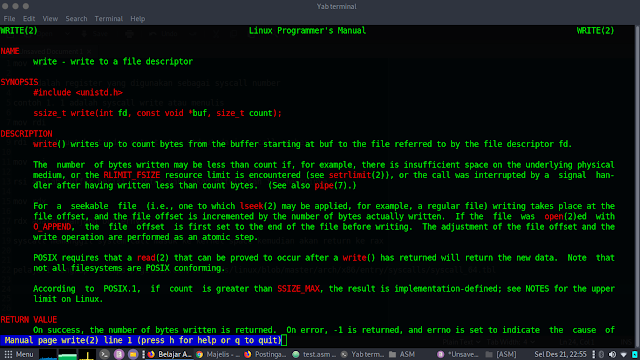 Exit requires only 1 argument, meaning it only requires rdi and rax

How to prove it? We can use bash with the command below 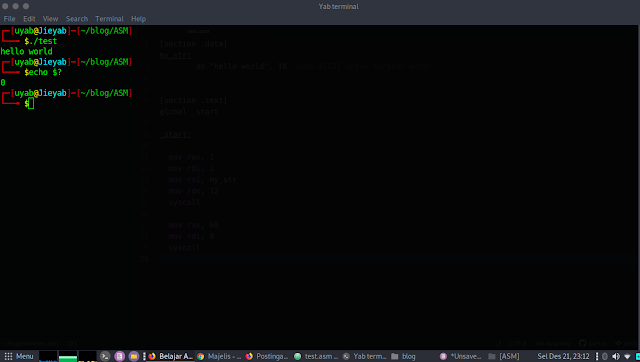